At face value, this project is simply the design of a library in Dumbo, Brooklyn. However, it is primarily concerned with both generating an understanding of who the users of this library could be and exploring how research into the project's immediate context could influence the design process. To this end, the project starts off with contextualizing this library and its site within the Brooklyn and Manhattan public library systems. Within this frame, access is used as a main determinant of anticipated users of the library. Assuming that the library serves people in its immediate vicinity, access is defined in terms of walking distances along pedestrian routes. This zone of access is delineated using a successive quarter-mile (approximately 5 minute) walking distance from the site, up to one mile (approximately 20 minute). Conclusions about the library's possible user demographics were drawn from analyzing the population that lived within these boundaries, and this became integral to the design process.

A series of demographic questions guide this analysis. Questions of accessibility through transportation options, character of the neighborhood, wealth, and commute time of residents within this twenty minute walking distance.
The library is located in an area with a distinct character as it is highly residential, but also has a large concentration of tech companies and educational institutions. While it is about a 10 minute walk from the nearest subway stations, it is directly accessible by bus, cycling and ferry. As such, it is safe to assume that most of the users of the library would be residents, students and workers in the immediate area. As this area is also rather touristy, its important for the project to be accessible to both frequent users and a casual, transient population.

The residential population of the area is mostly wealthy and more people work within the area than not. With this in mind, the project attempts to be open and accessible to all segments of the population, including the wealthy and those who fall outside this category. 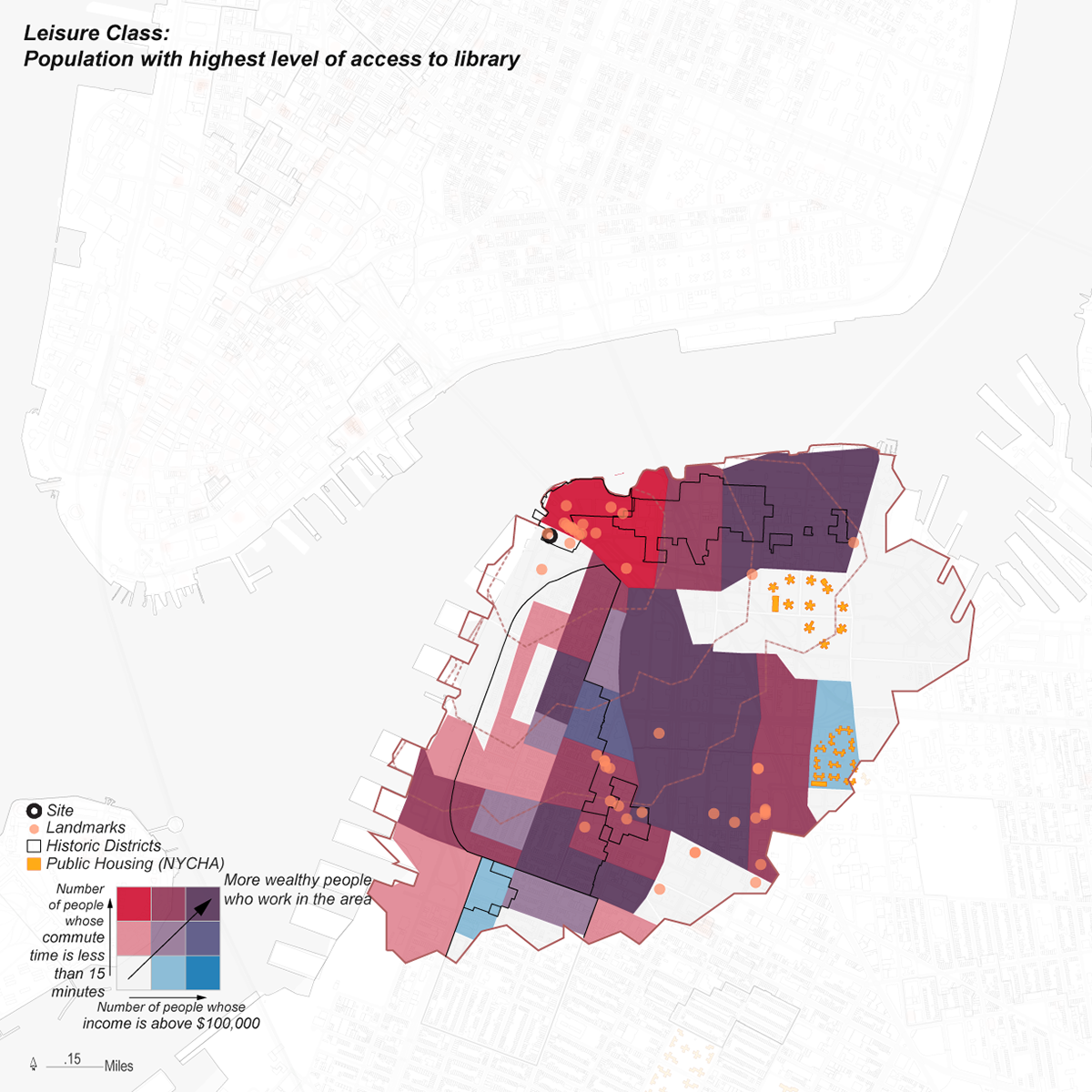 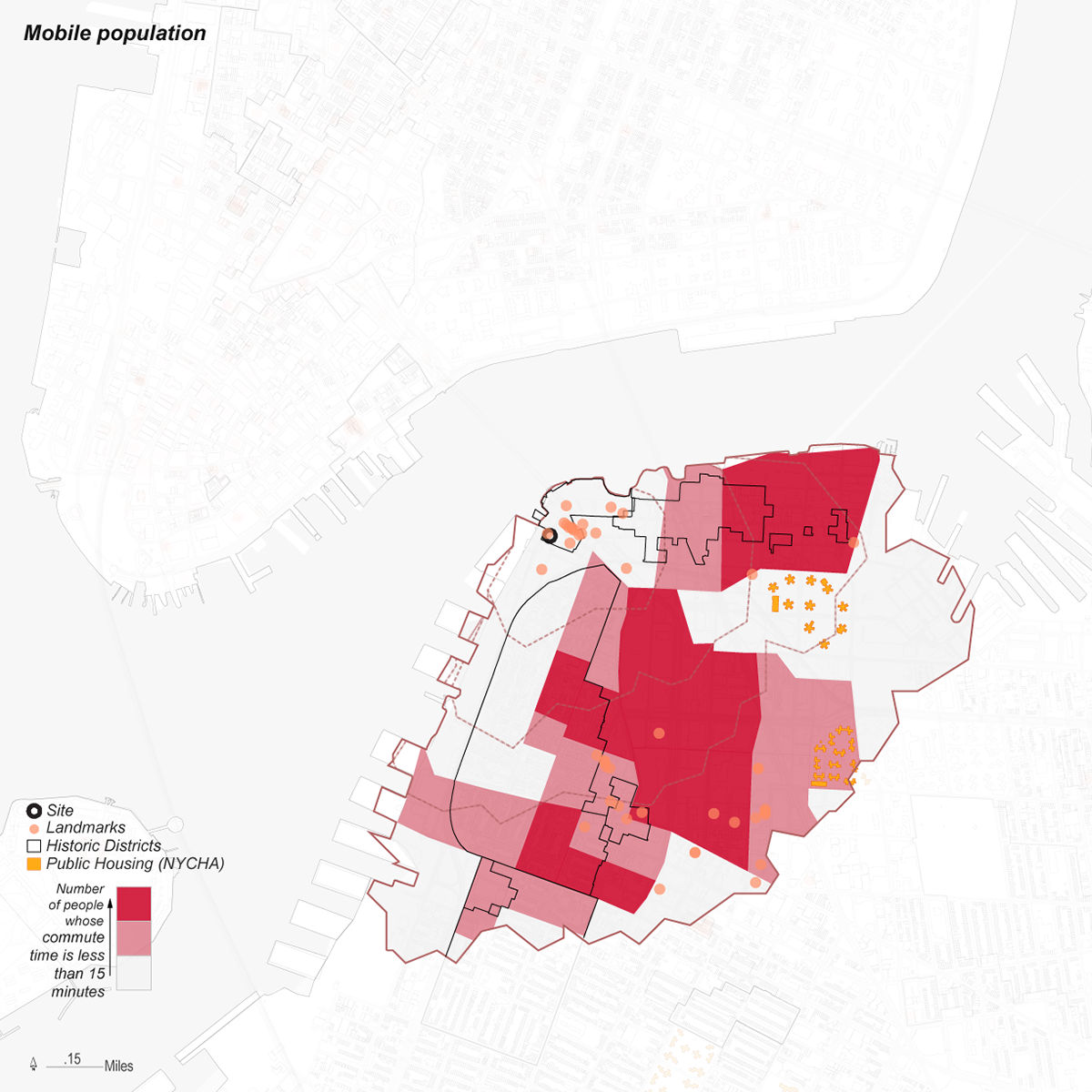 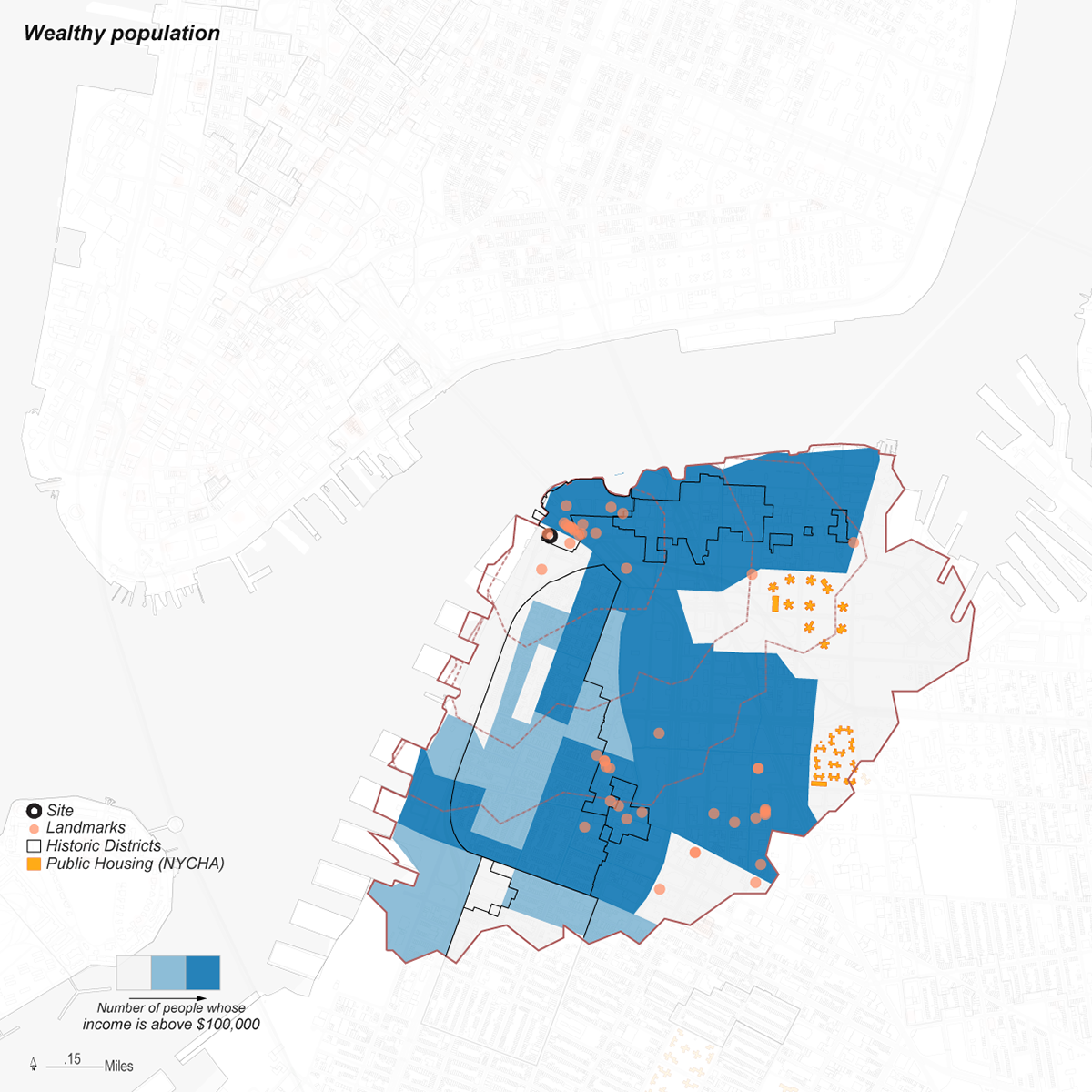 Additionally, it emerged that there are quite a few open spaces and parks within the area, and the site itself is right next to two parks.
The project's concept of extending open space from Dumbo's waterfront emerged from this investigation into its surrounding area and anticipated users while attempting to connect the two through a general idea of drawing people in.

Within this general design concept of openness, the library project formally expresses the idea that tactility can influence people's perception of a place and consequently, its approachability. The library responds to its user demographics through programs specific to Dumbo’s transient tech and tourist population as well as its more permanent student population.
Structurally, the library is a combination of a transparent external grid and a translucent inner volume. The ground plane is deliberately open to connect the site to its immediate surroundings. Doing so in combination with transparency opens the library up to both patrons and passersby alike.
The project's concept and form are easily expressed through promotional material that serve as branding for the library. By framing this library as both open to all and accessible by all, the branding attempts to reach out to a wider segment of the population through the development of a strong identity. In deference to its unique position in between technology, design and tourism, the library also features rooms that are programmable by patrons and therefore gives them control of their experience. 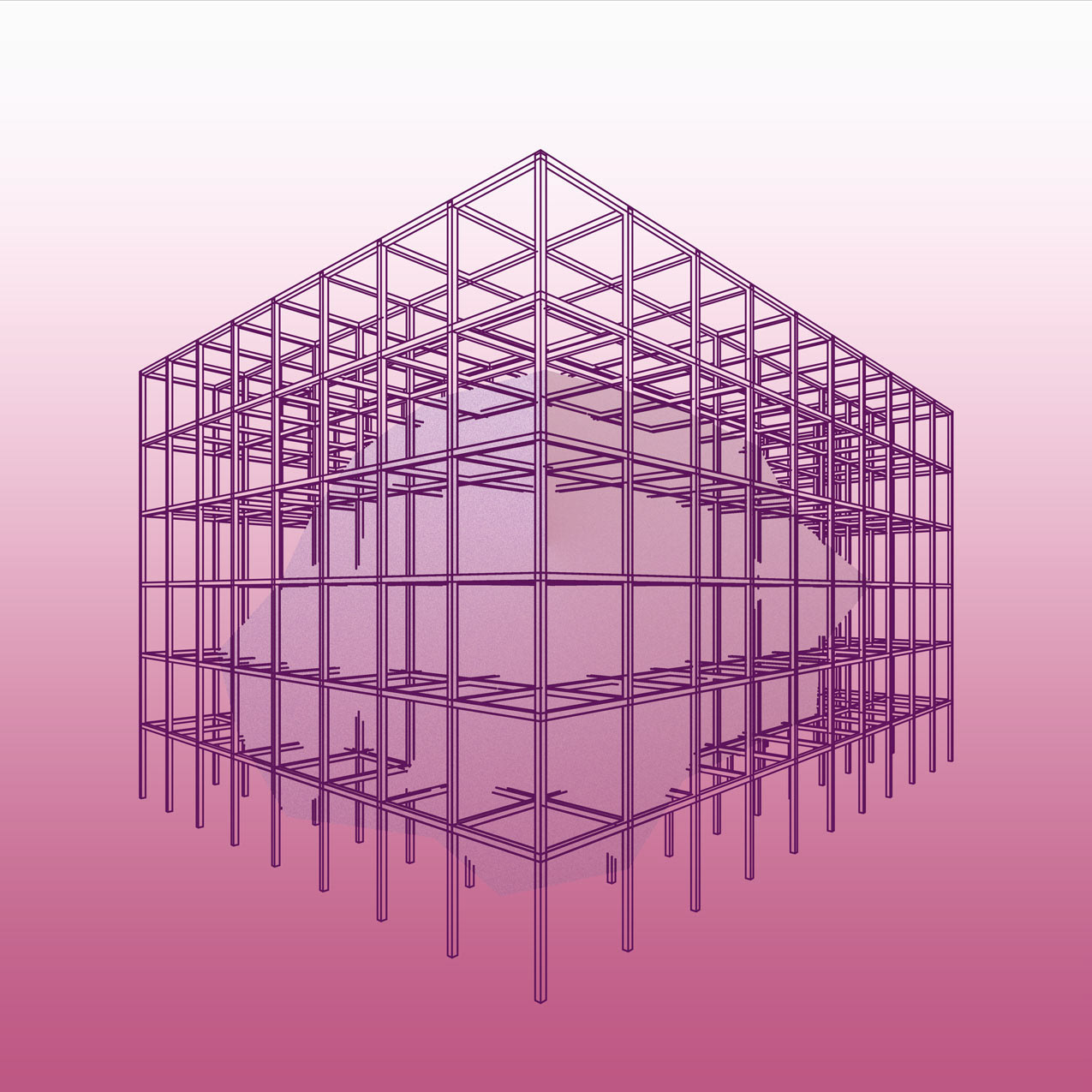 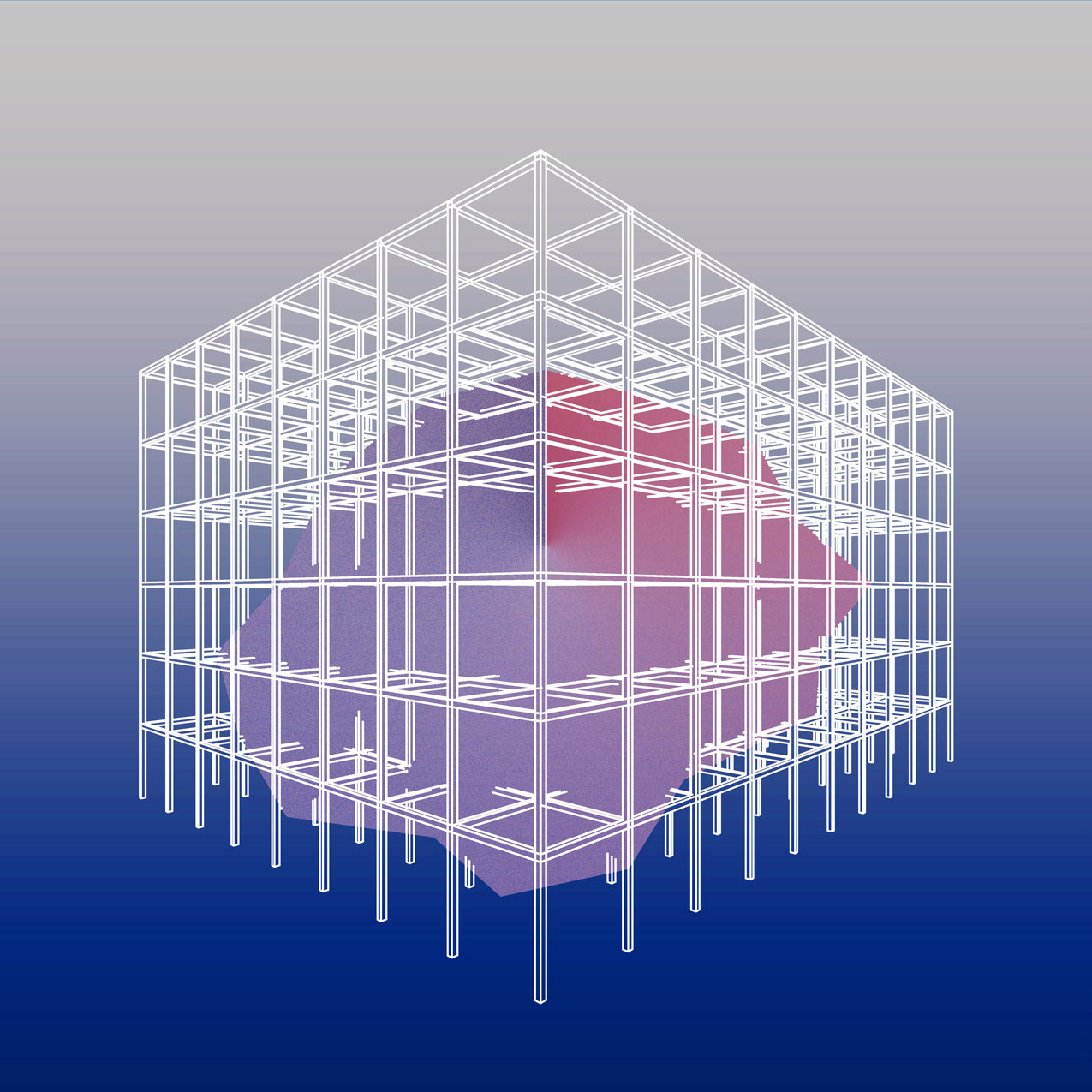 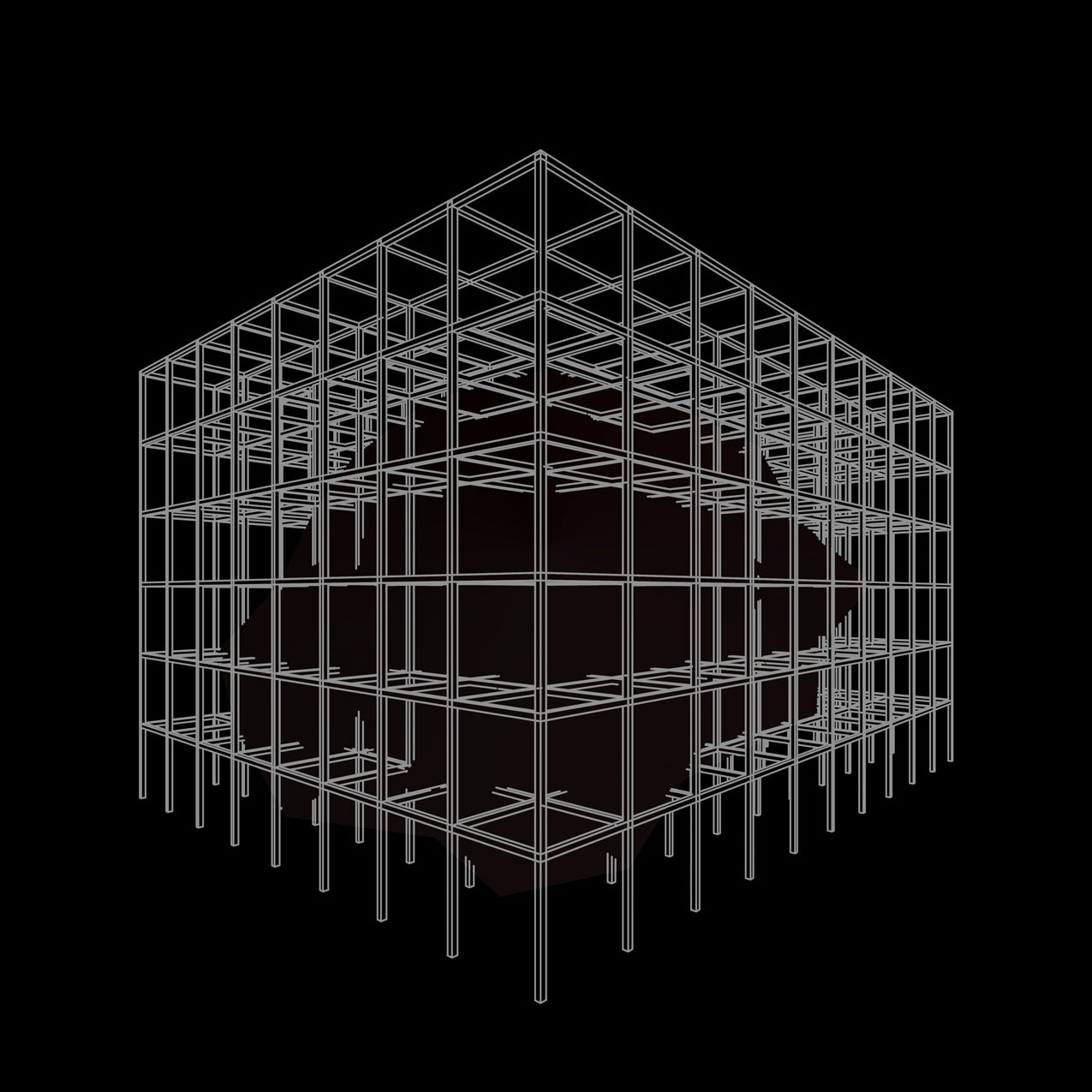 The library design developed through a series of massing and sectional models exploring both tectonics and the relationship between the exterior structural grid and interior form. During this process, it became clear that the rigid grid had to be juxtaposed with a more organic, malleable form. Sectional study models were also used to explore program through the relationship between them in both plan and section. 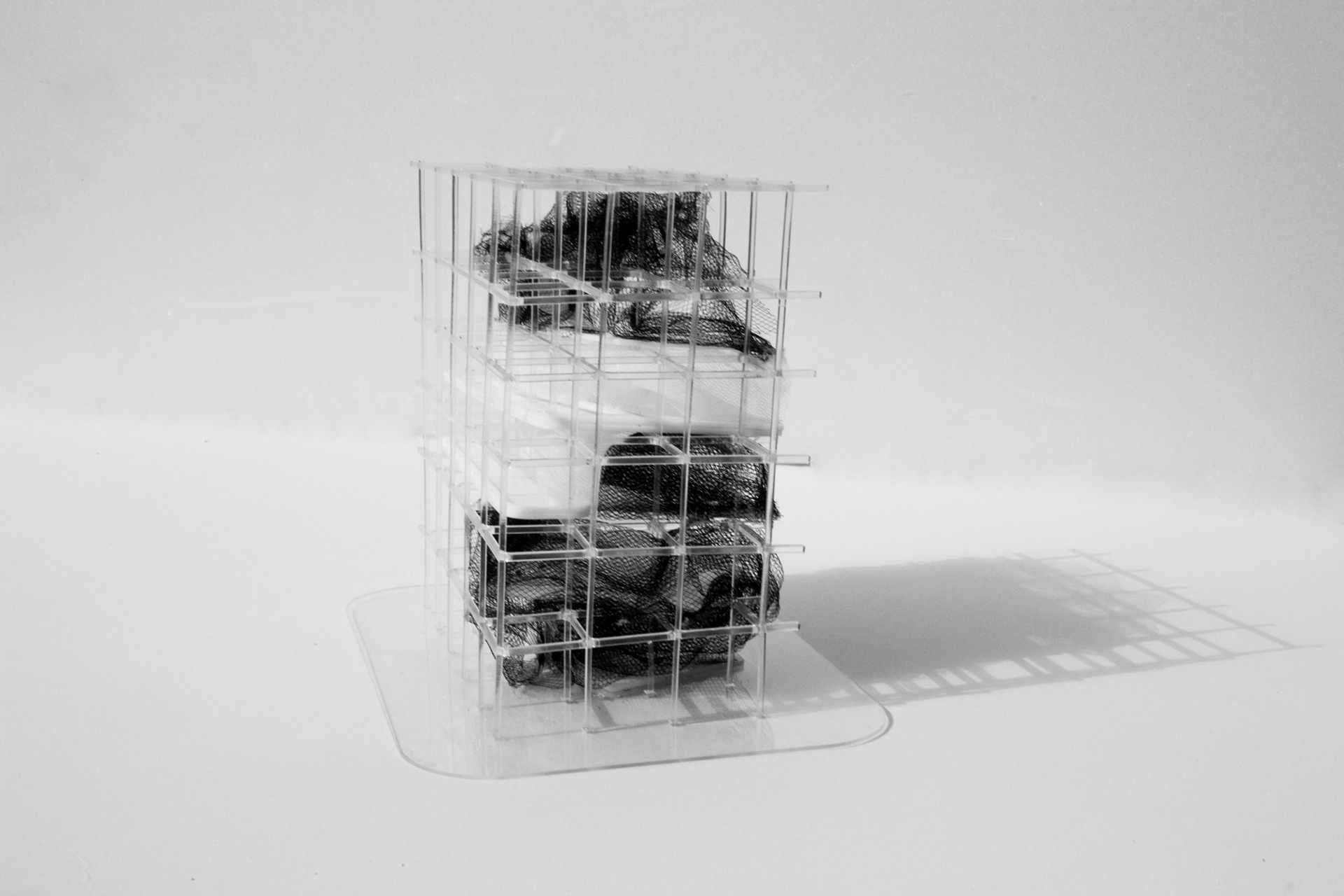 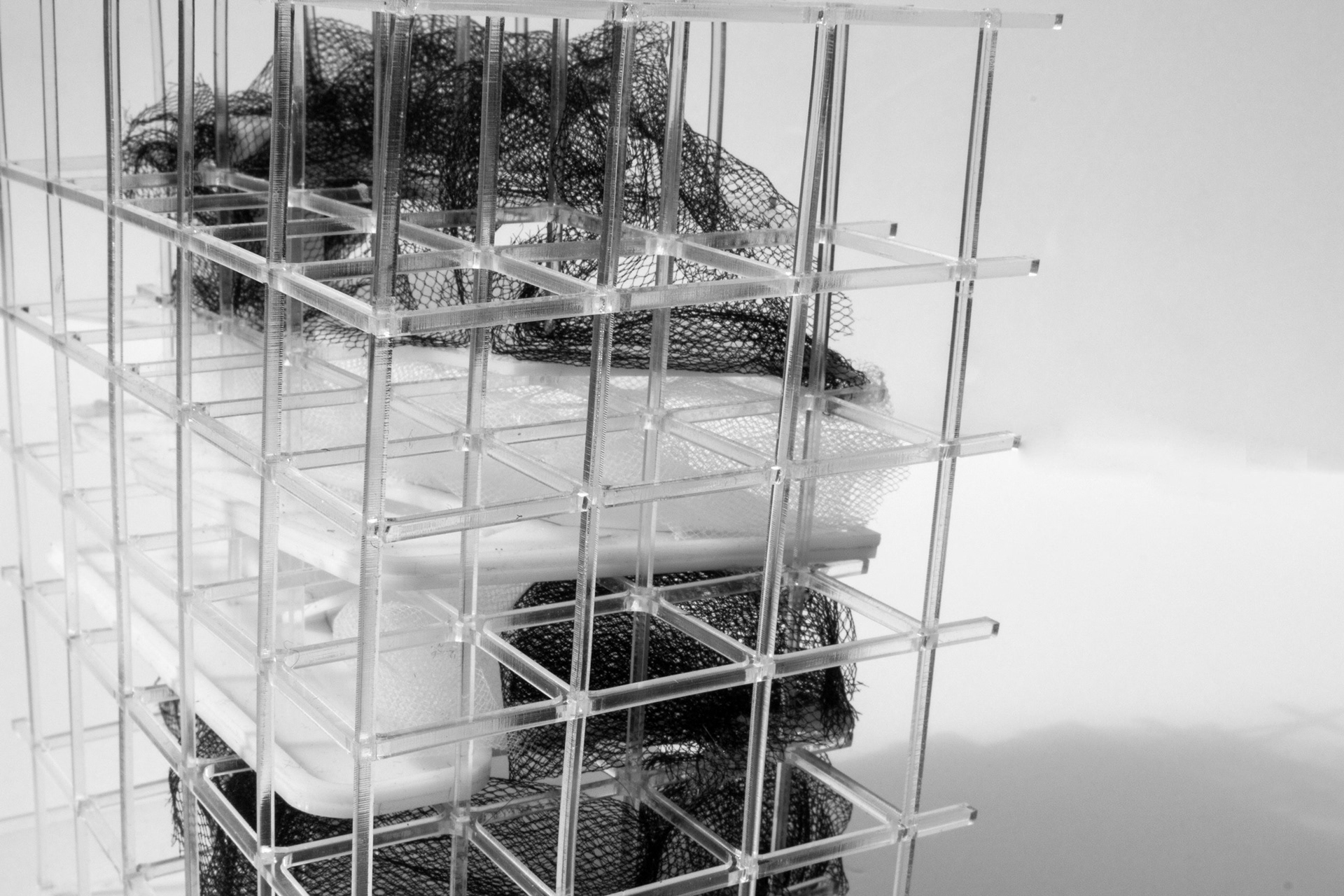 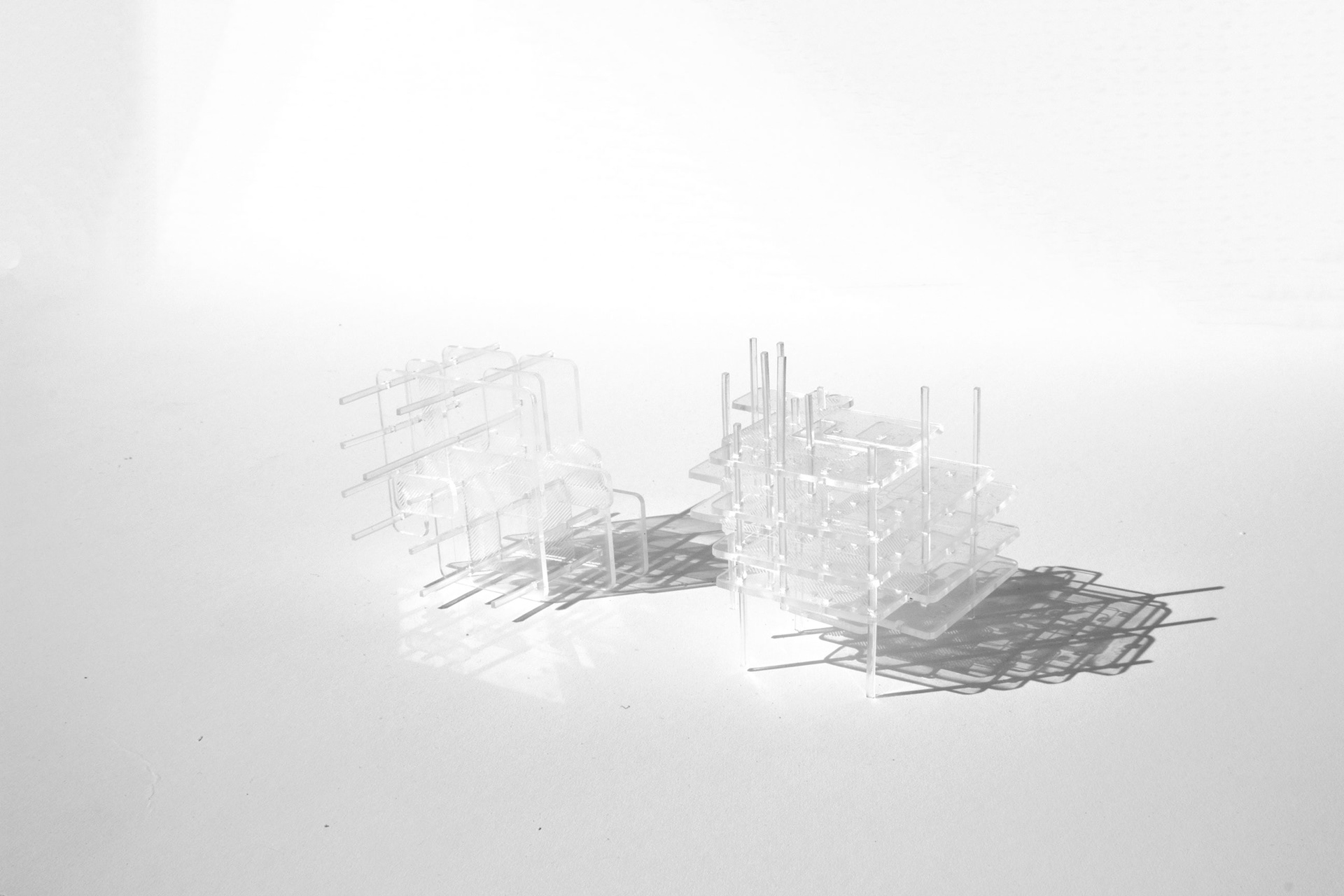 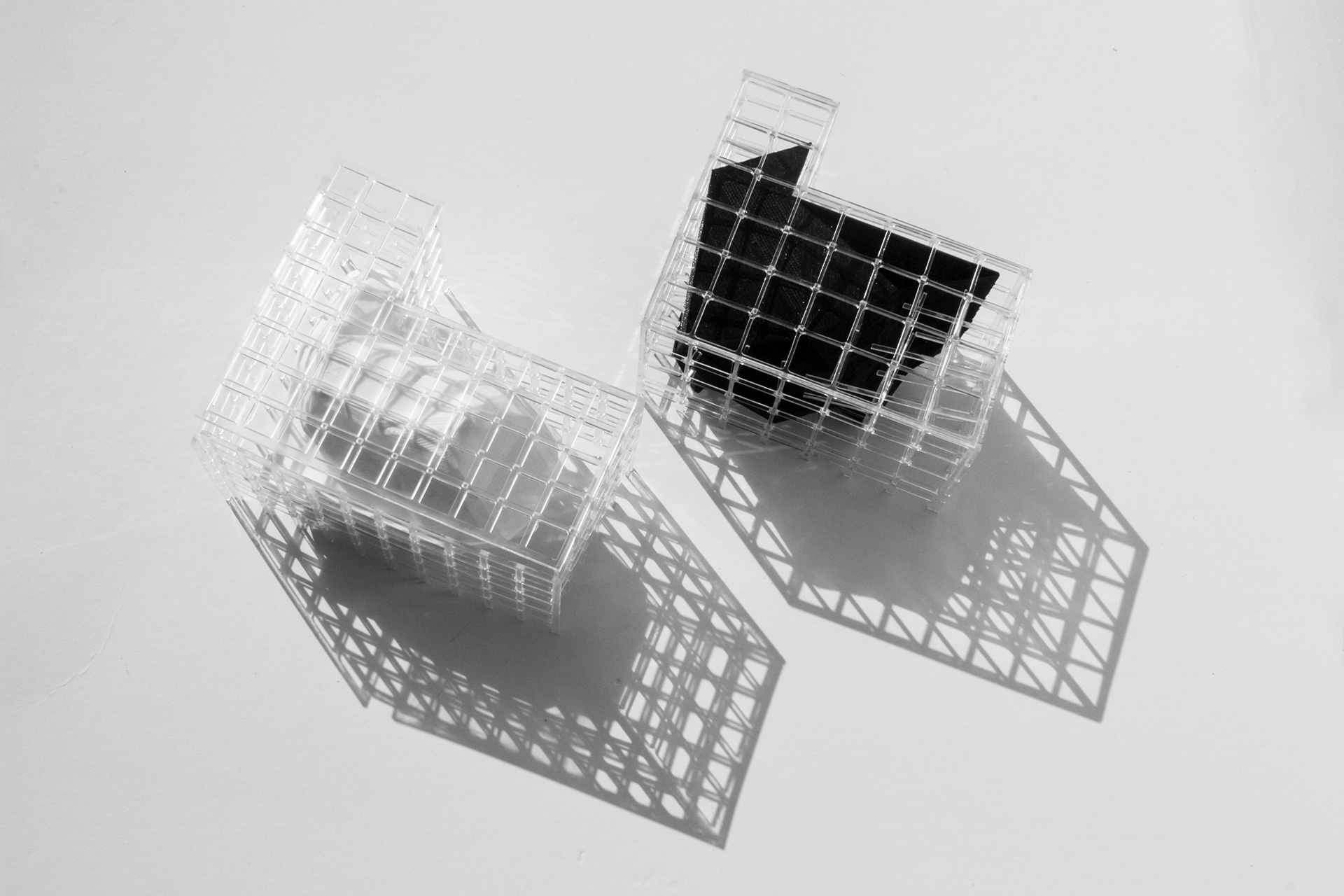 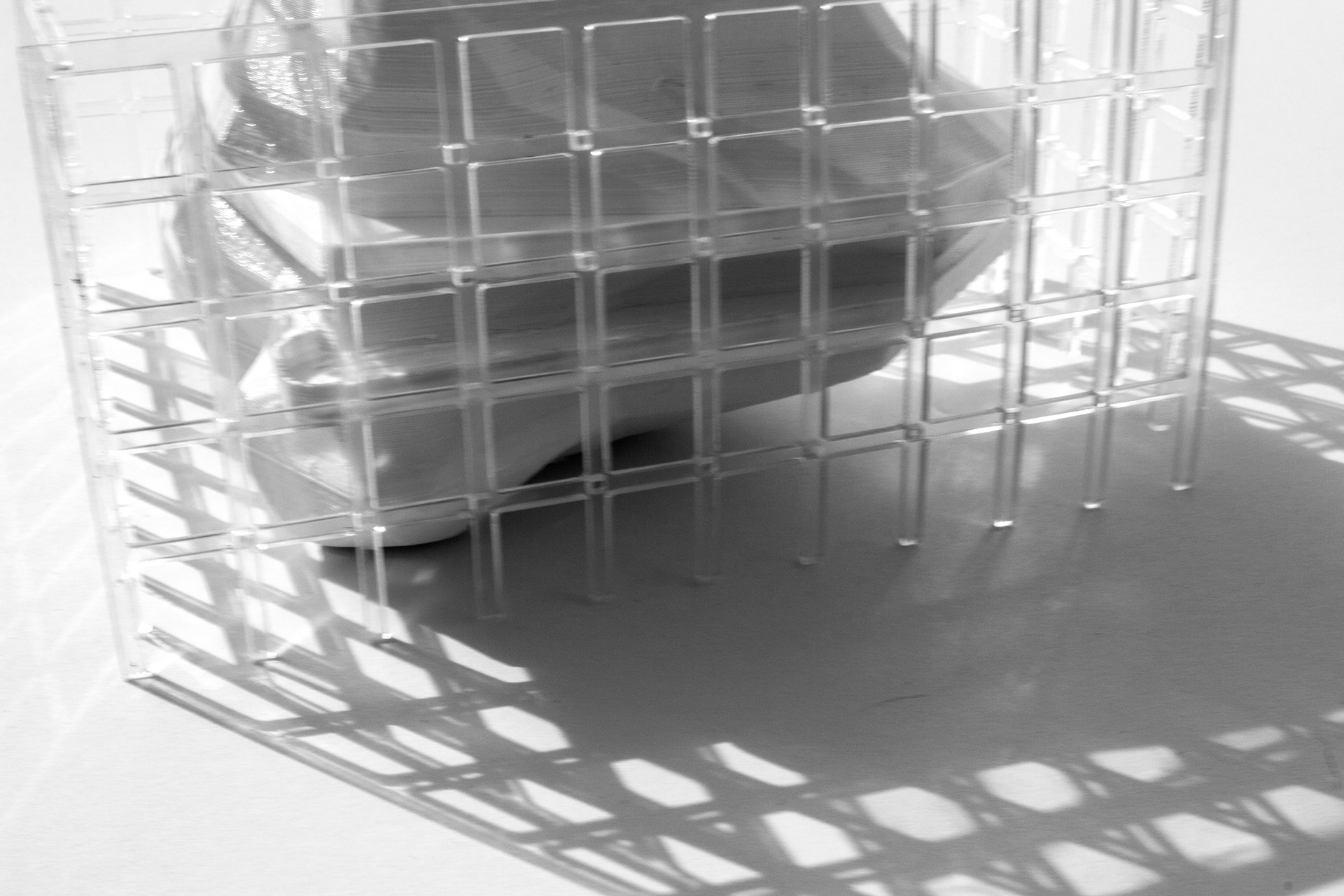 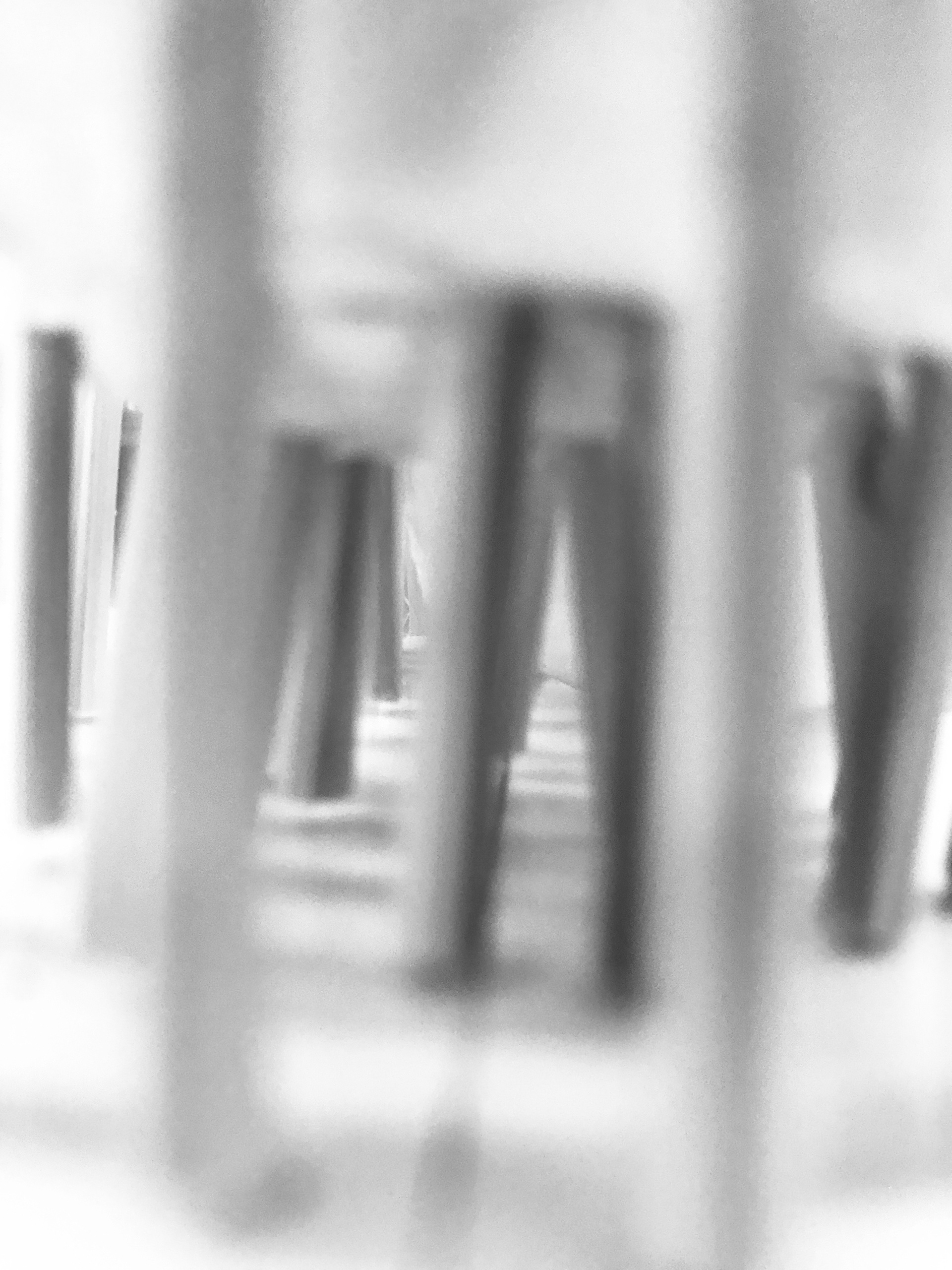 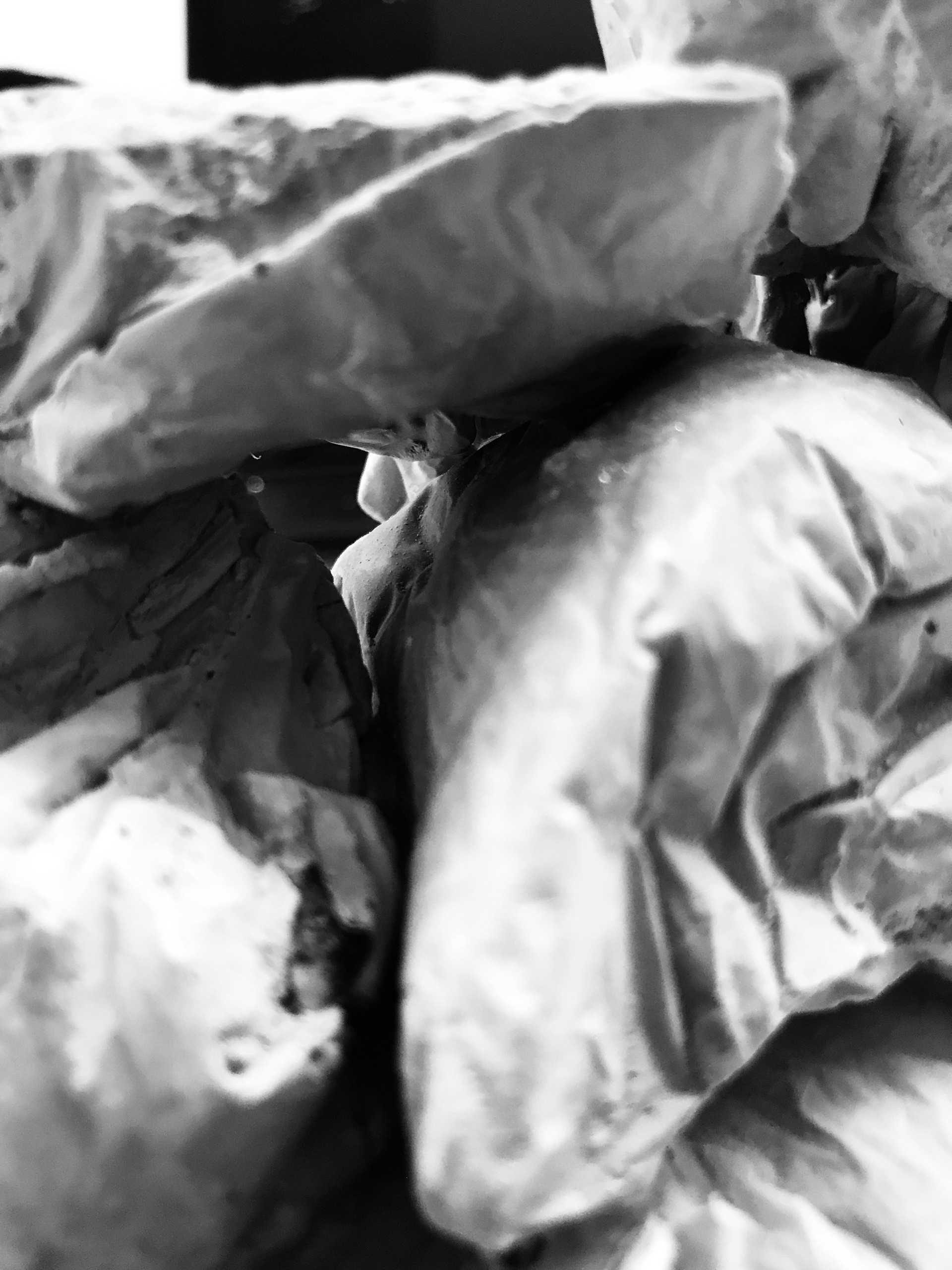 This material and sectional exploration resulted in a library with an interior that was almost entirely devoid of structural elements, featuring many mixing spaces between related programs. The exterior, however, featured a rather involved structural grid that allowed each floor of the building to have a different floor plate, and for this to be apparent to people both inside and outside of the building. Intermediary moments that allowed people to walk over platforms in the exterior columns reconciled this inside/outside dichotomy.